The Oakman, located at 160 First Street, is slated to open in the summer of 2016, George Cahn, a spokesman for the developer, The Shuster Group, told NJ Advance Media. The seven-story building will feature 159 units, starting at $700,000. Local brokerage JCity Realty began sales this week.

The building is being billed as one of the first condo offering in Jersey City in several years, the majority of new construction projects being rentals. Both Jersey City and Hoboken have seen for-sale inventory drop as new rental properties continue to emerge, leading to more competitive bidding for high-demand properties.

“The time is right to introduce a new luxury condominium offering that will help answer the pent-up demand for upscale, for-sale residences while also fitting in with the character and identity of the neighborhood,” Eyal Shuster, owner of The Shuster Group, said in a statement.

The Oakman’s neighborhood is named for the Powerhouse, which was built in 1906 to power the Hudson & Manhattan rail lines. The building has long been pegged for redevelopment, with plans to transform the historic icon into a $179 million retail and commercial complex.

The Oakman’s design is intended to fit in with the Powerhouse, the developer said in a release, as it’s “industrial-inspired” but “decidedly more intimate.” The building will feature an outdoor rooftop, a rooftop pool, a fitness center, a residents’ lounge and onsite parking. 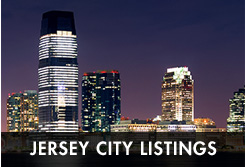 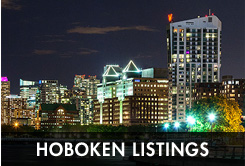